Yes, His Name Is Yeshua

There are many alternative spellings going around the internet for the Hebrew name Yehoshua and its shortened form, Yeshua. Honestly this is a mystery to me. The spellings and pronunciations of these names were never disputed until in very recent history (last 20 or so years). These names never went out of use in the Hebrew culture and there is no reason to believe that they were ever anything but what they are today – Yehoshua and Yeshua.

There are approximately 200 instances of Yehoshua in the Tanakh and a few in the New Testament. 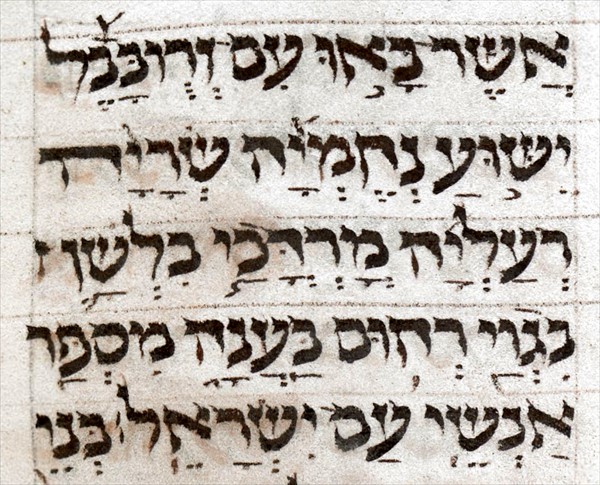 There is no Hebrew text which shows any other spelling of Yehoshua or Yeshua. So any alternative spellings are simply made up with no physical evidence for them whatsoever.

So what about Yehoshua and Yeshua in the New Testament?

Thankfully, we are finding more and more Hebrew NT documents as the International Collection of Digitized Hebrew Manuscripts project continues. Below are just some of many Hebrew NT manuscripts which also show the spellings/pronunciations to be Yehoshua and Yeshua.

Matthew 1:21 “And behold she will give birth to a son and you will call his name Yeshua for he will save his people from their sin.” (British Library Harley MS 7637 folio 3r, 1700-1799, Gospel of St Matthew in Hebrew translation, nearly 200 instances of Yeshua.) 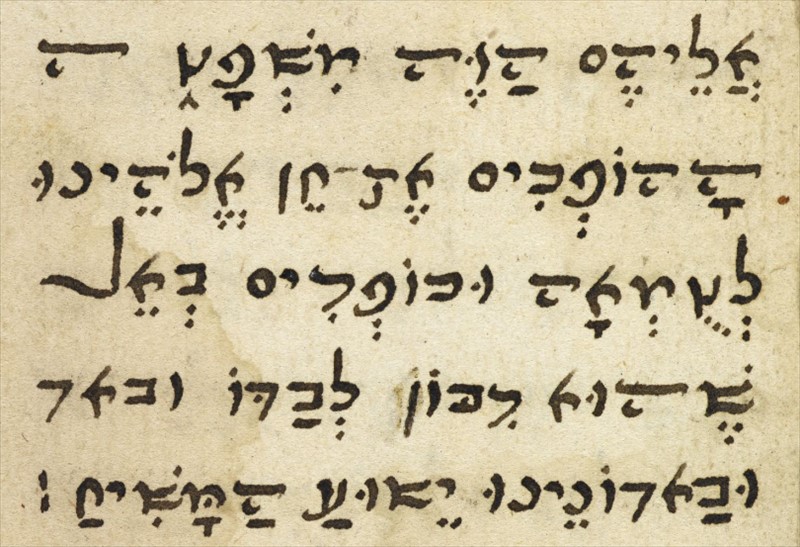 Revelation 1:1 “The vision of Yehoshua Messiah which Elohim gave him to show his servants what must happen very soon. He communicated it by sending his angel to his servant Yochanan” Sloane MS 237 folio 1v, 1500-1699, The Revelation of St John 1-2:12 in Hebrew translation

There should be no dispute over the spelling and pronunciation of Yehoshua and Yeshua. There is zero evidence for any alternative. Morever, the derivation of Jesus from Yeshua is followed through the languages as you can see in this image. There would be no basis for going to the Greek ιησους in the Septuagint or other Greek Bible manuscripts were they not transliterating ιησους from Yeshua. 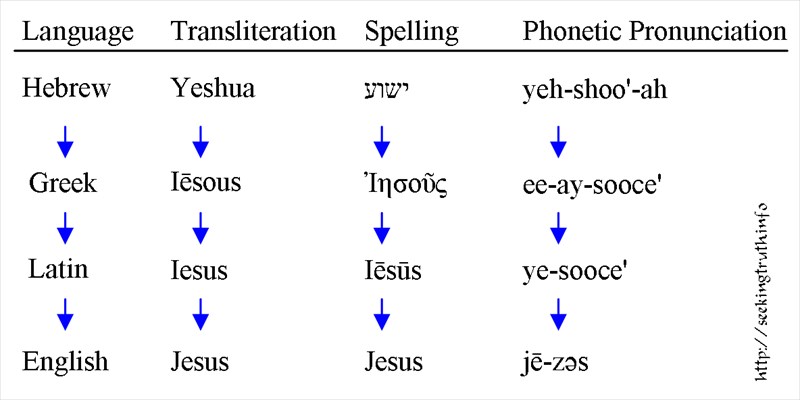 Yeshua’s name was given by our Creator and communicated to Yoseph (Matthew 1:20-21) and to Miriam (Luke 1:30-31) by an angel, so they (Yoseph and Miriam) would know EXACTLY what to name the Son as recorded in Matthew 1:24-25 and Luke 2:21. Yeshua’s name bears the Creator’s name and declares Yehovah Yoshia! (Yehovah will save!)

Ezra 3:2 Then Yeshua the son of Yotzadak with his fellow cohanim, and Z’rubavel the son of Sh’alti’el with his kinsmen, organized rebuilding the altar of the God of Isra’el; so that they could offer burnt offerings on it, as is written in the Torah of Moshe the man of God.

Ezra 3:8 In the second year after their arrival at the house of God in Yerushalayim, in the second month, Z’rubavel the son of Sh’alti’el, Yeshua the son of Yotzadak, the rest of their kinsmen the cohanim and L’vi’im, and all who had come out of exile to Yerushalayim began the project. They appointed the L’vi’im aged twenty and up to direct work in the house of Yehovah.

Ezra 3:9Yeshua and his sons and brothers, Kadmi’el and his sons, and Y’hudah’s sons together directed the workers in the house of God; also the sons of Henadad, with their sons and their kinsmen the L’vi’im.

Ezra 4:3 But Z’rubavel, Yeshua and the rest of the heads of fathers’ clans in Isra’el answered them, “You and we have nothing in common that you should join us in building a house for our God. We will build by ourselves for Yehovah the God of Isra’el, as Koresh king of Persia ordered us to do.”

Ezra 5:2 Then Z’rubavel the son of Sh’alti’el and Yeshua the son of Yotzadak began rebuilding the house of God in Yerushalayim; with them were the prophets of God, helping them.

Ezra 8:33 On the fourth day, the silver, gold and articles were weighed in the house of our God and handed over to M’remot the son of Uriyah the cohen; with him was El‘azar the son of Pinchas; and with them were Yozavad the son of Yeshua and No‘adyah the son of Binui, who were L’vi’im.

Ezra 10:18 Among the cohanim were found these who had married foreign women: of the sons of Yeshua the son of Yotzadak and his brothers: Ma‘aseiyah, Eli‘ezer, Yariv and G’dalyah.

Nehemiah 3:19 Next to him ‘Ezer the son of Yeshua, leader of Mitzpah, made repairs on another section, opposite the ascent to the armory at the Angle.

Nehemiah 8:17 The entire community of those who had returned from the exile made sukkot and lived in the sukkot, for the people of Isra’el had not done this since the days of Yeshua the son of Nun. So there was very great joy.

Nehemiah 9:4 On the platform of the L’vi’im stood Yeshua, Bani, Kadmi’el, Sh’vanyah, Buni, Sherevyah, Bani and K’nani; they cried out loudly to Yehovah their God.

Nehemiah 9:5 Then the L’vi’im Yeshua, Kadmi’el, Bani, Hashavn’yah, Sherevyah, Hodiyah, Sh’vanyah and P’tachyah said, “Stand up, and bless Yehovah your God from everlasting to everlasting; let them say: “‘Blessed be your glorious name, exalted above all blessing and praise!

Nehemiah 10:10 The L’vi’im were: Yeshua the son of Azanyah, Binui a descendant of Henadad, Kadmi’el,

Nehemiah 12:1 These are the cohanim and L’vi’im who went up with Z’rubavel the son of Sh’alti’el, and Yeshua: S’rayah, Yirmeyah, ‘Ezra,

Nehemiah 12:7 Salu, ‘Amok, Hilkiyah and Y’da‘yah. These were the leaders of the cohanim and their kinsmen during the time of Yeshua.

Nehemiah 12:8 The L’vi’im: Yeshua, Binui, Kadmi’el, Sherevyah, Y’hudah and Mattanyah, who was in charge of the songs of thanksgiving, he and his kinsmen,

Nehemiah 12:24 The chiefs of the L’vi’im were Hashavyah, Sherevyah and Yeshua the son of Kadmi’el, with their kinsmen in an antiphonal choir, to praise and give thanks, in accordance with the order of David the man of God, choir opposite choir.

1 Chronicles 24:11 the ninth for Yeshua, the tenth for Sh’khanyahu,

2 Chronicles 31:15 Under him were ‘Eden, Minyamin, Yeshua, Sh’ma‘yahu, Amaryahu and Sh’khanyahu, in the cities of the cohanim, faithfully making the distributions to their kinsmen by divisions, to great and small alike.