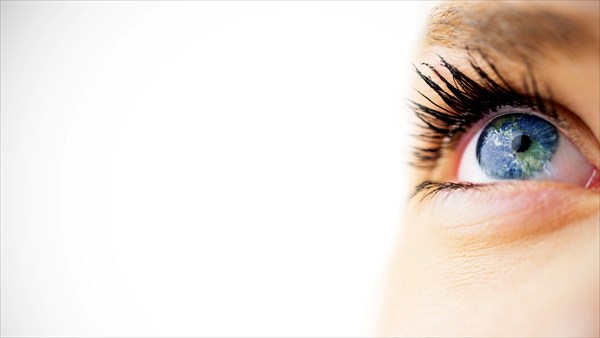 In the last post I attempted to answer the question, “what happens when we die” and make the case that after death we simply sleep. We aren’t aware of the passage of time, so we actually are not aware of being asleep. As far as we know, right after death we are conscious of something and being somewhere. In the last post I shared some verses related to the death of Lazarus. I believe a conversation recorded between Yeshua (Jesus) and Lazarus’ sister Marta is very informative:

Marta said to Yeshua, “Lord, if you had been here, my brother would not have died. Even now I know that whatever you ask of God, God will give you.” Yeshua said to her, “Your brother will rise again.” Marta said, “I know that he will rise again at the Resurrection on the Last Day.” (John 11:21-24)

Notice the choice of words “I know”. This is not a question in Marta’s mind. She doesn’t qualify the statement in any way before Yeshua. If she had any doubt, she could have couched her words with “I think”. Marta believed without any doubt that her brother would live again, at a specific time, and she believed that Yeshua was in agreement with her statement. So let’s look into this “Resurrection on the Last Day”.

Yeshua spoke of Resurrection many times:

“Instead, when you have a party, invite poor people, disfigured people, the crippled, the blind! How blessed you will be that they have nothing with which to repay you! For you will be repaid at the resurrection of the righteous.” (Luke 14:13-14)

“Yeshua said to them, “In this age, men and women marry; but those judged worthy of the age to come, and of resurrection from the dead, do not get married, because they can no longer die. Being children of the Resurrection, they are like angels; indeed, they are children of God.” (Luke 20:34-36)

Yeshua was not sharing a new concept, but a very old one.

With the hand of Yehovah upon me, Yehovah carried me out by his Spirit and set me down in the middle of the valley, and it was full of bones. He had me pass by all around them — there were so many bones lying in the valley, and they were so dry! He asked me, “Human being, can these bones live?” I answered, “Adonai Yehovah! Only you know that!” Then he said to me, “Prophesy over these bones! Say to them, ‘Dry bones! Hear what Yehovah has to say! To these bones Adonai Yehovah says, “I will make breath enter you, and you will live. I will attach ligaments to you, make flesh grow on you, cover you with skin and put breath in you. You will live, and you will know that I am Yehovah.”’”

So I prophesied as ordered; and while I was prophesying, there was a noise, a rattling sound; it was the bones coming together, each bone in its proper place. As I watched, ligaments grew on them, flesh appeared and skin covered them; but there was no breath in them. Next he said to me, “Prophesy to the breath! Prophesy, human being! Say to the breath that Adonai Yehovah says, ‘Come from the four winds, breath; and breathe on these slain, so that they can live.’”

So I prophesied as ordered, and the breath came into them, and they were alive! They stood up on their feet, a huge army!  Then he said to me, “Human being! These bones are the whole house of Isra’el; and they are saying, ‘Our bones have dried up, our hope is gone, and we are completely cut off.’ Therefore prophesy; say to them that Adonai Yehovah says, ‘My people! I will open your graves and make you get up out of your graves, and I will bring you into the land of Isra’el. Then you will know that I am Yehovah — when I have opened your graves and made you get up out of your graves, my people! I will put my Spirit in you; and you will be alive. Then I will place you in your own land; and you will know that I, Yehovah, have spoken, and that I have done it,’ says Yehovah.”

I hope this post established that there will be a resurrection. Read my next post to learn more about what the Bible says will happen…