Home Blog The YAH Confusion and The Name of God

The YAH Confusion and The Name of God 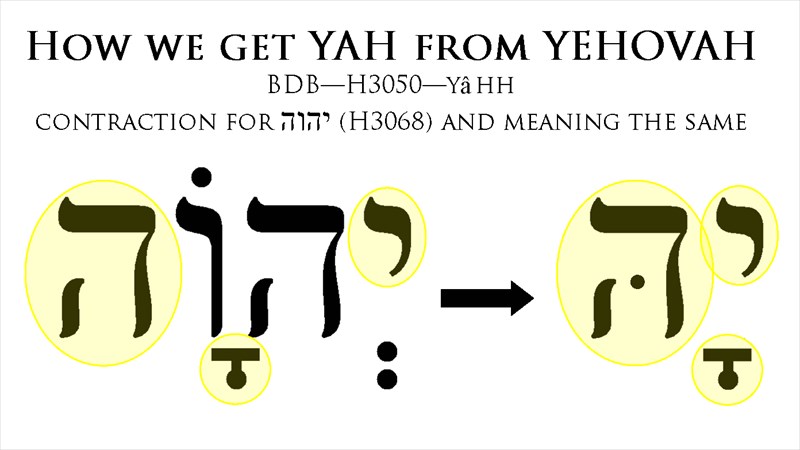 Proponents of non-Hebrew pronunciations of יהוה insist that the poetic shortened form Yah (יה) proves how to pronounce the Name of God. This is simply not true.

It is truly unfortunate that any disputes exist over how Hebrew theophoric names begin,  because this is some of the best evidence for how to pronounce the Name of God. (see Friedrich Wilhelm Gesenius’ note from his 1846 Hebrew and Chaldee Lexicon)

Yehoshua as it appears in Arundel Or 16, ff 1v-18v at the British Library. Highlight added for emphasis.

“Yah only” prefix supporters attempt to make Hebrew fit their doctrine, but no matter how many times they say it, the rules of Hebrew grammar will not yield to their doctrinal requirements. Doctrines do not determine how a language functions. There is a grammatical explanation why the single syllable Yah is pronounced with the “ah” sound and the full form of יהוה is pronounced Yehovah. By the same token, Hebrew grammar requires theophoric names which include יהו in the front of the name to be pronounced beginning with Yeho- or, less frequently, Yehu-. 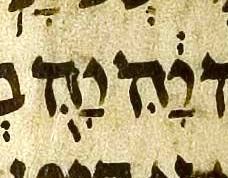 Yah is formed by taking the first and last letter of Yehovah to express an abbreviation. It’s vowel is Kamatz from the emphasized final syllable of YehovAH’. To attempt to build the Name of God from its abbreviated form is like the tail wagging the dog.

But let’s go to the evidence. We are repeatedly told by “Yah only” prefix supporters that Yah is the only pronunciation that exists when יהּ is in a word. However the long history of theophoric names disproves this. The following table contains every word in the Tanakh which begins with יהּ. The theophoric names are in bold.

As we see, every theophoric name begins with Yeho (and a couple times Yehu because of the Hebrew root Yehovah is being combined with to make the name).

In the Tiberian vowel pointing system, the Sheva is two vertical dots that appear below the Hebrew consonant. The Sheva is the slightest of vowels. It either takes a very short ‘e’ sound as in “shema” or it is silent and represents a pause. You will sometimes see it represented by an apostrophe instead of an “e” – as in Y’hoshua for example.

From Hebrew and Chaldee Lexicon by Friedrich Wilhelm Gesenius (1846)

Also those who consider that יְהוָֹ֖ה was the actual pronunciation (Michaelis in Supplem. p. 524) are not altogether without ground on which to defend their opinion. In this way can the abbreviated syllables יְהוָֹ֖ and יְוָֹ֖, with which many proper names begin, be more satisfactorily explained. [This last argument goes a long way to prove the vowels יְהוָֹ֖ה to be the true ones.]

Exo_15:2 My strength and song is YAH, And He is become my salvation: This is my God, and I glorify Him; God of my father, and I exalt Him.
Exo_17:16 and saith, `Because a hand is on the throne of YAH, war is to YEHOVAH with Amalek from generation–generation.’

Son_8:6 Set me as a seal on thy heart, as a seal on thine arm, For strong as death is love, Sharp as Sheol is jealousy, Its burnings are burnings of fire, a flame of YAH!

Isa_12:2 Lo, God is my salvation, I trust, and fear not, For my strength and song is YAH YEHOVAH, And He is to me for salvation.
Isa_26:4 Trust ye in YEHOVAH for ever, For in YAH YEHOVAH is a rock of ages,
Isa_38:11 I said, I do not see YAH–YAH! In the land of the living, I do not behold man any more, With the inhabitants of the world.