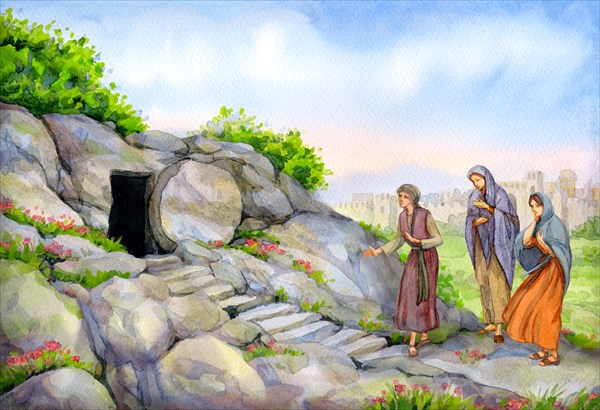 Much debate exists over when Yeshua resurrected because the English translations of this event generally do not reflect what the Greek texts actually say. In this post I will go over what each verse actually says in the Greek and compare it to how those words are translated elsewhere in the New Testament. I give the Thayer Greek Lexicon numbers so you can look up each word for yourself if you would like.

Coincidence? I don’t think so.

σαββάτων (4521) – again means the 7th day Sabbath. The first occurrence of this word in this verse was translated “sabbath”, but this second occurrence it is translated as “week”

I’ll move quickly through the other accounts, just giving the Greek verse, and definitions of the words in the phrase which pinpoints the time of the events.

The key phrase is “Αναστὰς δὲ πρωῒ πρώτῃ σαββάτου” which translated literally means “And he, having risen in the morning of the first of the sabbaths”

The word for day does exist! So why is this the first time we see it? Why not use the word “day” in any of the verses above?

So that covers the actual text at issue. Now for the questions.

That’s it for now… If there are good questions in the comments I’ll update the post with answers.

How most English translations treat the Greek word σάββατον in the New Testament. 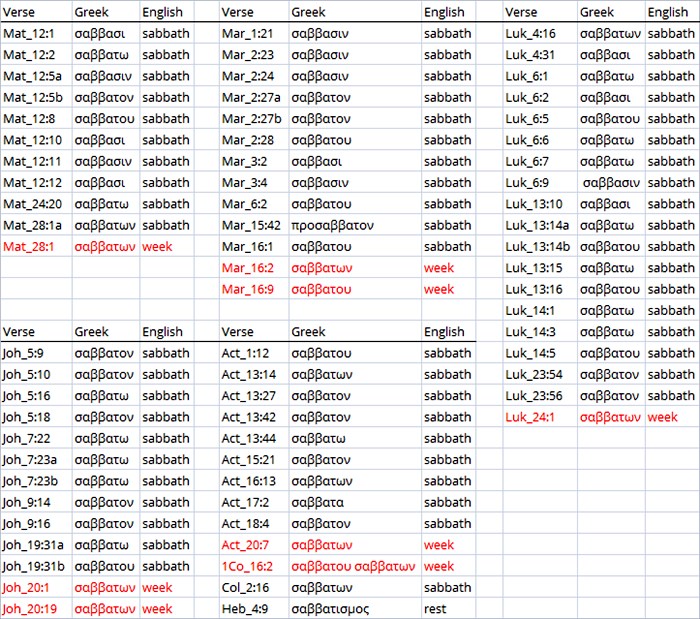